Full of energy, Jason is not the sort of person to sit back and let someone else do the work.  He volunteers his time freely – he wears many hats through his association with the East Tamar Landcare Group, George Town Coastal Communities Action Group, George Town Destination Action Plan Leadership Group, and is the Lulworth representative on the George Town Safety Committee.  In all of these roles, Jason gives 100% commitment and devotes much of his time and resources. 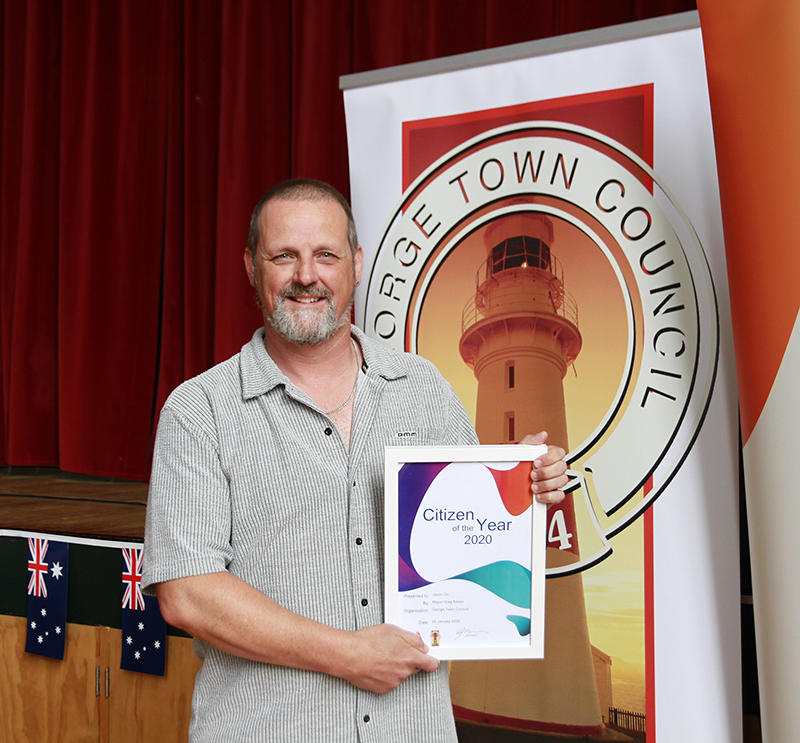 Soroptimist International of George Town was established in 1982 and has always recognised the need for young people to be engaged in the education system and sports, which enables them to realise their potential and become future leaders in our community.  They are a small Club, but nevertheless have a proud record of serving both the local community and international communities.

In 2019, they held their inaugural International Women’s Day Breakfast.  This very successful event was attended by 150 members of the community (both men and women), with guest speaker Jo Palmer.

Whilst the event was held primarily to give the community the opportunity to come together to celebrate International Women’s Day, it was also an opportunity to raise the profile of this very dedication community organisation. 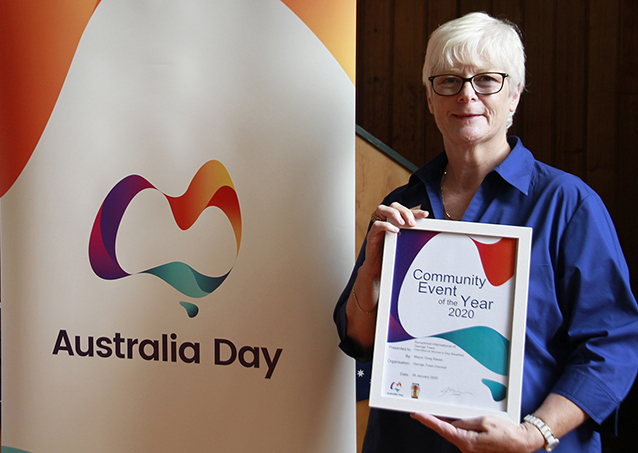 The crucial ethos of the existence of Tamar FM is to serve the community as a voice that ensures information is heard by as many listeners within our community and the northern region.

Apart from the brilliant broadcasts heard each day, the volunteer team at Tamar FM assist the community at local events with live broadcasting, provide work placements for students  way, and importantly work with all levels of the community to promote our region and tourism. 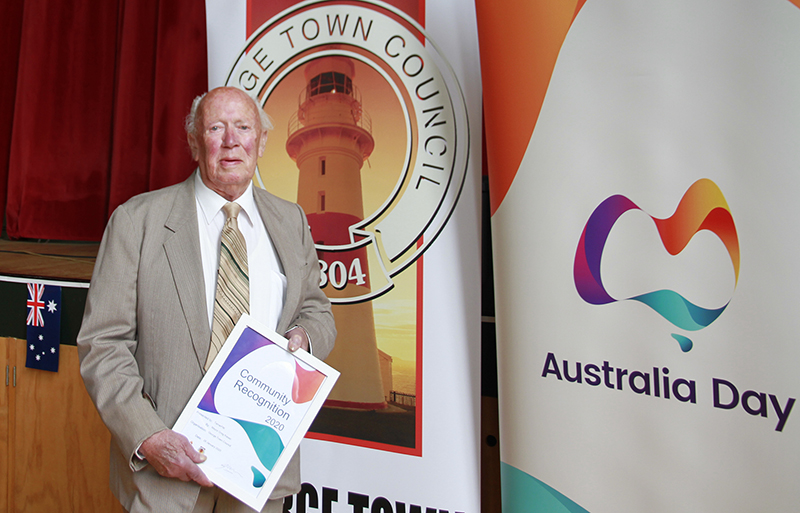 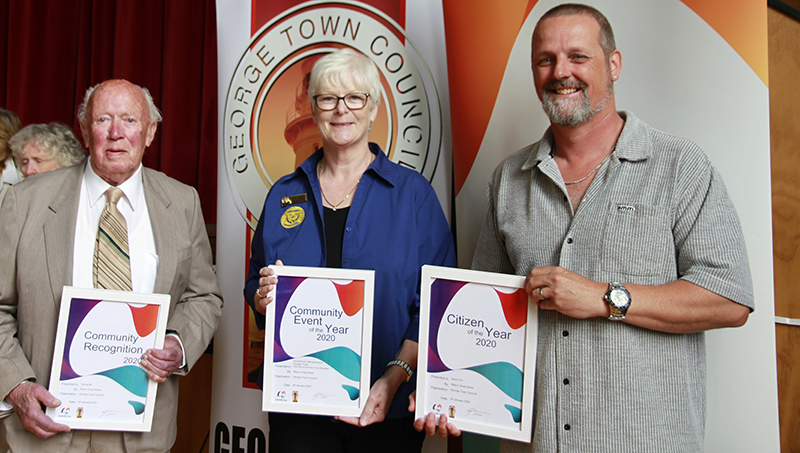 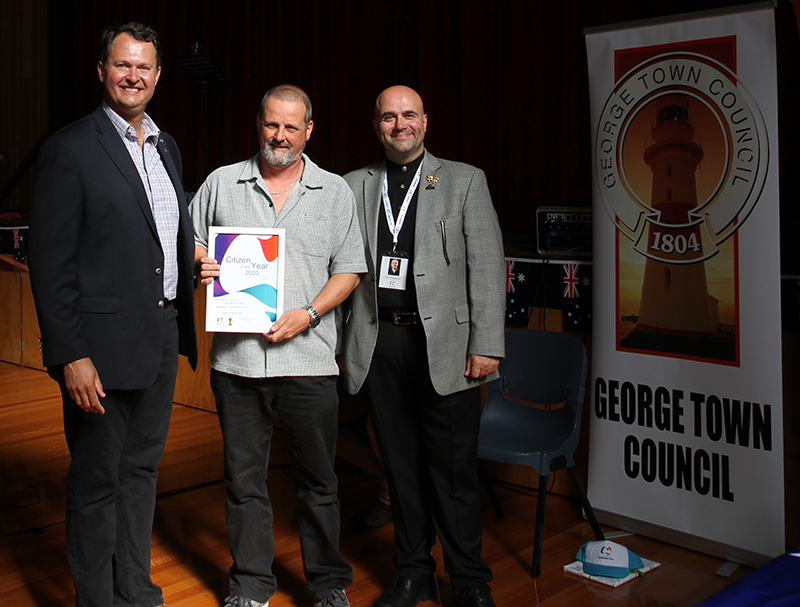 John has enjoyed an extensive career in corporate entertainment, stage, radio and television in his home state of Tasmania for over 20 years for a variety of companies and organisations.  On the mainland stage, John has recently been playing COWARDLY LION in the Australian touring production of Wizard of Oz, and has previously appeared as Stewpot in Opera Australia’s South Pacific, Dick Woollnough/Dee Anthony in The Boy From OZ for The Production Co., Mitch in The Threepenny Opera for Malthouse and STC, Spider/Lord Savage in Jeckyll & Hyde for TML in Korea, Mr. Braithwaite in Billy Elliott, The Musical for Universal/Working Title, and Pumbaa in The Lion King for Disney Theatrical Productions in Perth, Melbourne and Shanghai.

His Television credits include The Keyttering Incident (Foxtel), Winners and Losers (7 Network), Tricky Business (Nine network), Dance Academy (ABC), City Homicide (7 Network) and John Safran's Race Relations (ABC). His Film credits include A Journey Through Time with Anthony (Zhou Xun), Macbeth 1040 AD for Dark Oak Films, The Sound Of One Hand Clapping for Artist Services and Back From The Dead for Pocket Money Productions and his voice can be heard in the films Legend of the Guardians, AUSTRALIA, Daybreakers, Mao’s Last Dancer, Two Fists One Heart, in mini-series for CLEO, False Witness, Scorched, and on TV shows Wild Boys, Rescue Special Ops and Slide.

In 2006 John was nominated for a Mo Award for his role as Pumbaa in The Lion King. John is a Public School Ambassador, an Australia Day Ambassador, a finalist in 2015 Tasmanian Australian of the year, a co-founder and board member of Hobart independent actor’s company Blue Cow Theatre Inc. and a broadcaster on ABC local radio. John is also the Artistic director of the Australian Musical Theatre Festival.” 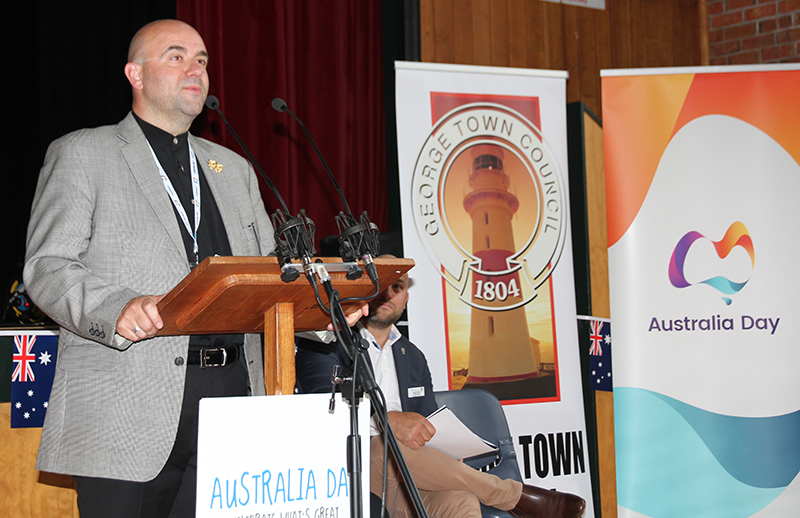 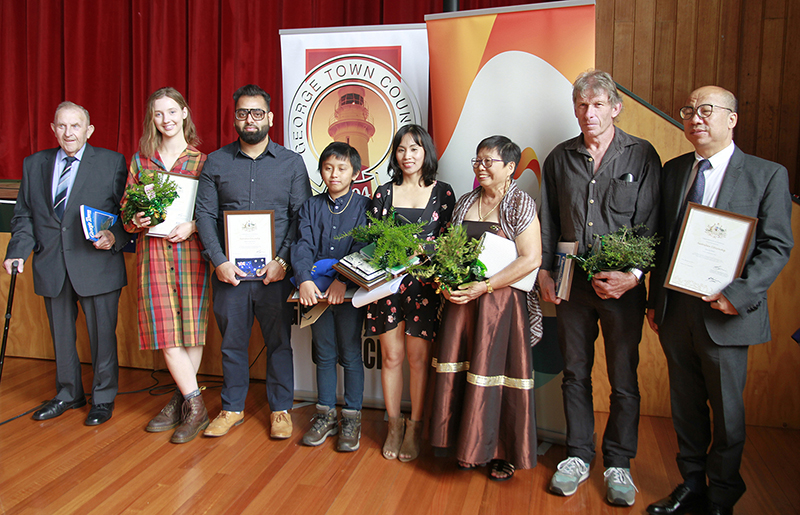 Mayor Greg Kieser said "I am truly excited to be conducting my first Citizenship Ceremony as Mayor of George Town Council.  It is just over 20 years since I undertook my citizenship ceremony in Sydney.  It has taken me the past two decades to actually understand what my citizenship means to me.  From a multicultural prospective, Australia unites varying ethnicities giving us the opportunity to join and respect common values that make us proud of not only of being Australians, but calling Australia, Tasmania home”

Thanks are also extended to members of the State Emergency Services and Tasmanian Fire Service who did us the honour of raising our flags, and to Peter Parkes, Graeme Bradbury, Carla Coogan and Trish Ray for their beautiful rendition of our "I Am Australian", and the National Anthem.

The Australia Day celebrations continued with a very successful family pool party at the George Town Swimming Pool.  Over 400 people took advantage of the beautiful weather to join in the great pool games, children's activities, laser and a traditional Australian Sausage Sizzle.